7th of June 2017, 4:15 pm, Border Region near the Croatian city of Sabjane:
“They were playing football with him, they threw him back and forth in between police officers, hitting and kicking him with their hands and feet, and also hit him with a full water bottle. Then somebody asked if he may go to the toilet, so they [the police officers] began to beat him again, telling him to shut up.“

Border policy officers of a European Union’s member state are playing “football” with people seeking protection. This is the horrible reality, as it is taking place on the outer borders of Europe. The general situation is not new: EU countries seal their borders, making it impossible to cross for the many people seeking protection. Border fences were erected, controls intensified, and police violence, against those who still try to pass, reached a new level. Therefore, many people are still stuck in Serbia and have de facto no way of exercising their right of asylum in the EU. They are stranded here in front of the closed borders with the neighbouring countries of Hungary and Croatia.

Since April we are in the Serbian town of Šid on the border with Croatia. We encounter many of the refugees repeatedly and come into conversation with them. Often they entrust us their life and escape stories or tell us about their failed to continue with their journey.

11th of June 2017, Croatian custom clearance in Tovarnik:
“… Three Algerians from the group tried to run away and were shot in their belly and buttocks with a Taser [electric shock gun]. […] First, they [Croatian police] shined with flashlights into their eyes and then four police officers attacked each person. The police started with punches into their faces (the police officers wore combat gloves), then hit them several times with batons on torso, heads and legs. The policemen kicked the refugees several times with steel cap shoes while they were lying on the ground. Some people lost their consciousness. Three persons, including two minors, were beaten several times with a gun butt on the back of their head. The police took all valuables away, including mobile phones and substantial sums of money (300, 500, 700 € from three different members of the group).”

The descriptions of attempted border crossings have changed dramatically in recent weeks. They are shocking and difficult to bear stories, in which refugees were victims of brutal violence on the Serbo-Croatian border. Over the last weeks the number of such reports has been increasing dramatically. These episodes reinforce the suspicions of observers on the ground, that these attacks are part of a systematic deterrence strategy. The fear of becoming a victim of violence is supposed to deter people attempting a border crossing and to destroy their hope of success. At the beginning of our work, refugees reported that the police in Croatia were comparatively humane. They would merely drive the people back to the border and release them on the Serbian side. Many of the refugees knew about episodes of police violence, as they are now reported also from Croatia, only from the Hungarian police (we reported about this in March: https://rigardu.de/2017/03/13/grenzverletzerinnen/).

31.05.17, Border region near Šid, ca. 200 m behind the border on Croatian territory:
“A group of four refugees from North Africa was beaten up by the police. It happened at five o’clock in the morning. The Croatian police found the group near the railway tracks about 200 m behind the border. A total of five police officers were on duty. They were on-site with two cars, a small police car (Chevrolet) and a blue prison bus. Before the people had to go on the bus, a policeman hit a man from the group in the face. They drove back to the border, took the fleeing people one by one out of the car, and kicked and beat each of them with fists and branches. Meanwhile, they insulted the victims with phrases like “Fuck your mother” and “Fuck your sister”. The assault lasted for about 15 minutes. During that time, no Serbian police was in the surroundings.”

Since the middle of May, we have seen more and more people coming back from the border to Šid with injuries. Only after we started inquiring about these episodes, was when we began to see the complete extent of the incidents. In the days that followed, people continuously came to us, showing new injuries. We began to document and record them. For that purpose, we are using a guideline from the organization “Fresh Response”, which had taken over this important work in Subotica, at the Hungarian-Serbian border, since last winter. Through large-scale public outreach and media coverage and the resulting public pressure, the cases of police violence have since declined considerably in Subotica.

As a humanitarian organisation, we are directly confronted with these violent crimes against those who are seeking protection. It would be unbearable to remain silent in the face of this violence. We have therefore formed a separate group dedicated to the documentation and dissemination of these cases. The group will provide publicity in Germany, Serbia and Croatia. For that end, we are currently initiating several cooperations with human rights groups and press representatives in the respective countries. This is what we can do with our means. Taking legal steps against the authorities fails due to the immense hurdles involved. Both lawyers and witnesses, i.e. people who, due to their escape situation, have absolutely no secure future, would have to be available for several years (process duration). For this reason, unfortunately, only very few cases are put to court.

2nd of June 2017, ca. 5:30pm, Tovarnik (Croatian village near the Serbian border), 45°08’52.4″N 19°09’47.4″E:
“Four people from Algeria, two of whom were under 18, were captured in Tovarnik. They were found by the police in a train waggon during a border control. It was very narrow and hot inside, and two people lost their consciousness. Five police officers took the people in a police car and drove them to a place near the Serbian border (exact position: 45 ° 08’52.4 “N 19 ° 09’47.4” E). The police called for reinforcements and five or six more uniformed police officers joined. Their faces were hidden behind masks. They took photos but did not ask any questions.

The first victim, who was then beaten, is Mohammed A., 17 years, from Algeria. He is an asthmatic and perhaps this was the reason he was beaten first. The police officers grabbed him by the ankles and dragged him across the ground (causing injuries to his back). They hit him with batons and kicked with their feet against his head. He lost his consciousness completely.

The three others also became victims of kicks, which the police gave them before leaving. They were with three police vehicles on-site, two buses and one car. “

One of our basic principles at Rigardu is to acknowledge diverging positions and be open to dialogue, even when it comes to unfamiliar or controversial opinions. However, one principle on which we all agree is that we understand and conduct our work in terms of basic human rights and the unquestionable and absolute equivalence of all human beings. In this report we do not aim to question the legitimacy of closed borders, or postulate against the restriction of freedom of movement. We want to point out a horrible situation in which human beings are exposed to humiliation and brutal violence. In our opinion, this cannot be justified under any circumstances.

[…] part of our efforts to document cases of police violence by Croatian police officers, we have put all testimonies, photos, and information known to us together into a single document. […] 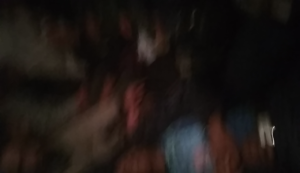 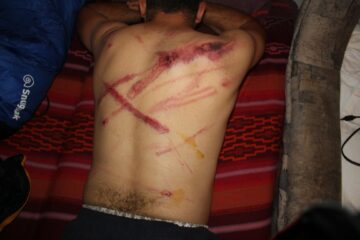 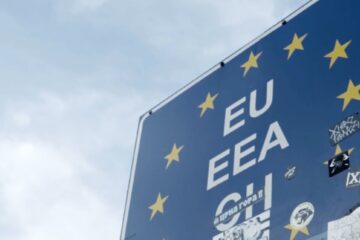